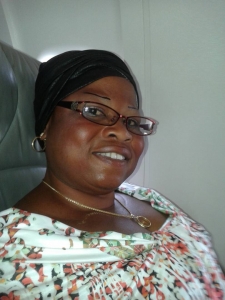 Mrs. Obiefule, a woman leader and community organizer, was born in Abajah, Nwangele Local Government Area. She was one of two daughters in a family of seven children to parents who were both teachers. She attended Abajah Secondary School Abajah, Imo State and later went to Teachers Training School (TTC) Umuahia, Abia State, Nigeria. Later on, she attended Abia State Polytechnic, Aba, and obtained a Higher National Diploma (HND) in Business Administration. She is a proud mother of five—4 boys and a girl and wife to late Mr. Oliver Obiefule.

Mrs. Obiefule is a philanthropist, mentor, and long-term supporter of education and women empowerment. Called to service, she joined politics in the 2001 and was appointed Councilor representing her ward in Nwangele LGA from the year 2003 to 2007. She was appointed the supervisor for youth and sports in the same local government (2010-2011) where she ensured that the youths where employed, sport activities were part of the primary and secondary schools curriculum so that children. She was the President of Female Councilors and received a merit award from Nigerian Government for her work organizing female councilors in the State. In 2008, she founded a women organization called the “women of substance” which comprises of 30 women from 12 LGAs in Imo State.